Image generation and presentation are core capabilities of the GenHelm framework.

The foundation of GenHelm's image handling capabilities come from the image model itself. Here we show a sample image model definition. 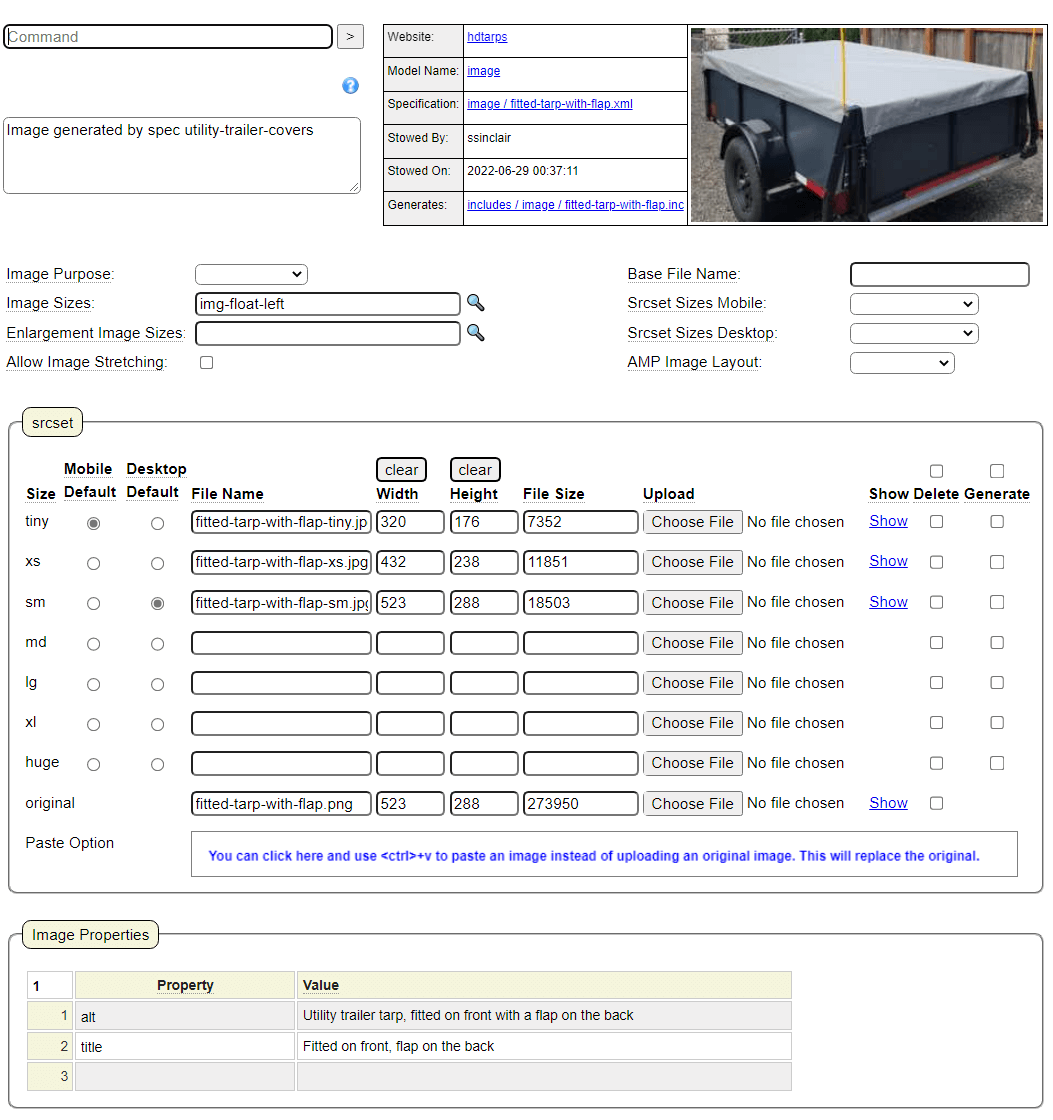 In this example we have defined three physical images to support image rendering for an image named fitted-tarp-with-flap. This set of images will be used to build the img tag wherever we insert the dollar function $image(fitted-tarp-with-flap). Here is an example of the generated tag.

Images can be sourced in one of three ways:

Below we show the options that can be set when generating images from an original image. Generation features include cropping and rotating. Images can be generated directly by GenHelm or you can leverage the tinypng.com API to achieve optimal lossless compression. 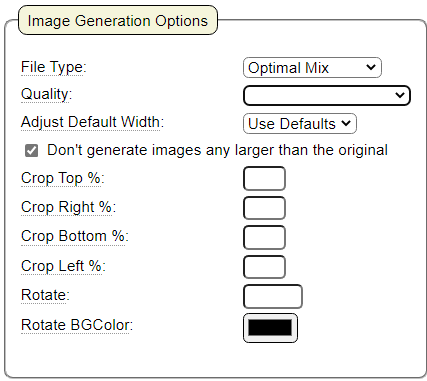 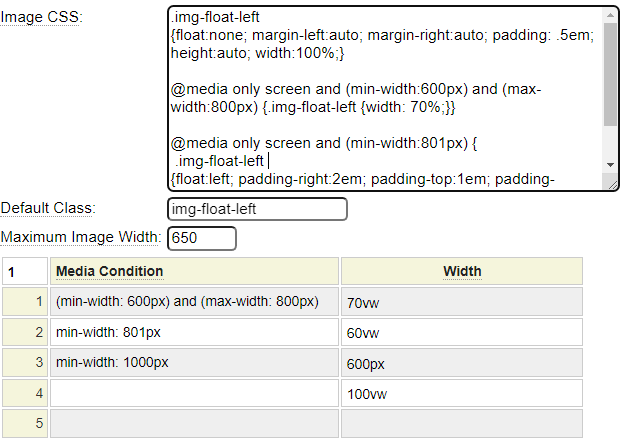 Several models are used to render groups of images to form image galleries. Any number of images can be grouped using the imagelist model as shown below. 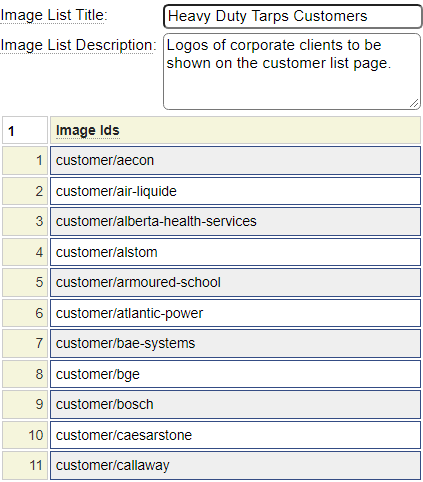 The imagegrid model is used to render responsive image grids like the one shown below. 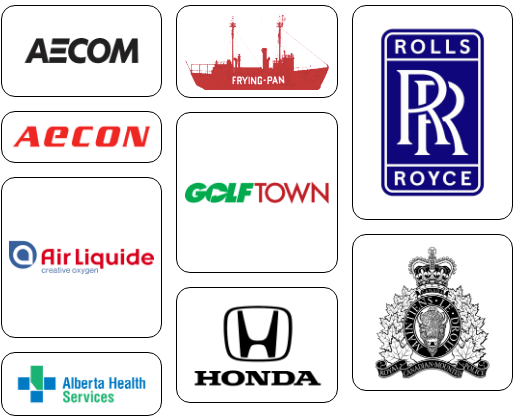 The swiper model is used to define responsive image sliders that can automatically slide using a wide variety of transition effects. Here is a simple slider that scrolls toward the right.

The bootcar model can be used to create image carousels based on the Bootstrap framework.